In the modern world, air conditioner units are considered as an integral part of every household. They bring in an element of comfort during hot days and as such, are considered as being very important. However, like all man-made things, packaged central air conditioner units tend to degenerate with time and eventually breakdown. This can be quite catastrophic especially during hot weather and as a norm, the next course of action would be to look for a competent technician for the packaged central AC repair. For individuals faced with such a predicament, the following is an overview of some of the steps that will be taken during the AC repair

Identifying the problem is usually the first step when it comes to central air repair and as a norm, is considered as one of the most important steps since it will determine the outcome of the entire procedure

During this stage, the technician will generally ask questions so as to ascertain what exactly might be the problem with the unit. Some of the most common problems include insufficient cooling or no cooling at all, overheating of the packaged central air conditioner, strange sounds from the unit or in some extreme instances, the unit might not be coming ON

The next course of action after a technician is given a general overview of the nature of the problem would be to examine the ac unit. As a norm, a physical examination is usually carried out of the entire system and in some cases, some panels might be opened for a much closer examination

In the case of a multi-duct system, the technician might also examine the duct network so as to ascertain everything is as it should be before moving on to the next step

Testing of the Unit

Testing of the ac unit has to be first carried out before the actual Ac repair. During this stage, the AC unit will be switched on after which a number of tests would be carried out depending on the nature of the problem being experienced

For instance, if there is inadequate cooling, the system has to be checked for leakages and also the refrigerant pressure so as to ascertain the refrigerant level is within the required parameters. Some of the other parts usually checked within a packaged central ac before the ac repair can start to include the thermostat which controls the temperature at which the unit will come on and also the condenser fins, motor, and compressor unit. 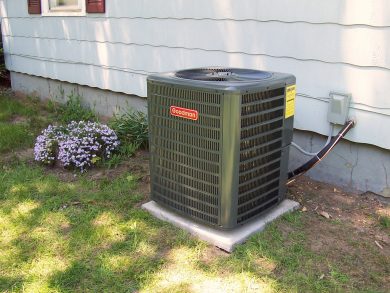 Ac repair is usually the final stage of the process. Based on the physical examination and tests carried out on a unit, a technician is usually able to narrow down to the cause of the fault

As a norm, the technician will first brief the owner on the various options available when it comes to repairing the AC while at the same time providing a rough cost estimate before starting off the repair.

However, there are some instances where the damage might be too severe and as a result, a technician might advise the owner to buy another unit.

Nothing compares to entering a nice cool house on a hot summer day. On the same note, few things feel worse than having to swelter in the summer…

1. Do You Use Sub-Contractors?

Here at Frank Gay Services, we do NOT sub-out any work to sub-contractors. We have 100% of our work completed by…

Read More
Recent Posts
Categories
Back to the top