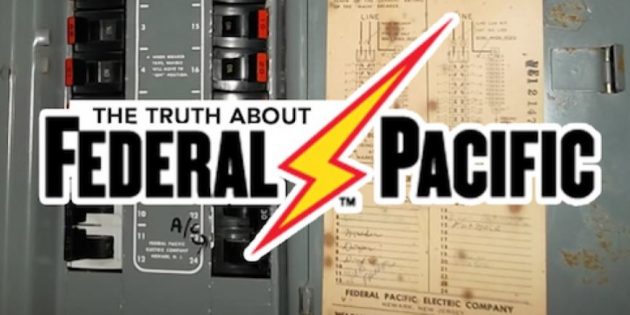 Insurance Company Telling You to Change Your Electrical Panel?

Your home may not be as safe as you think it is. The electrical Federal Pacific Panels are the prime examples of what can go wrong. Homeowners in Florida have no idea how dangerous these are. They have the potential to fail to trip if there is a short circuit or an overload.

With such a huge threat under your nose, replacing the Federal Pacific Panel is imminent. In fact, insurance companies in Florida are canceling out the claims of home and business owners who haven’t replaced these units yet. So, you can understand how severe the condition is. Experts believe there are three critical reasons why the Federal Pacific Panels may be a danger to your house. They are:

Federal Pacific Panels were manufactured way back in the 1950s until the 1980s. The safety codes that existed then don’t match the ones that are followed now. This is a massive challenge because if you want to repair these panels, you won’t get their duplicate parts. Most importantly, they won’t conform to the updated safety used today. Safety standards that were acceptable then are no longer considered safe now. Some of the reasons these units don’t match today’s safety codes are:

2. Flaws in the Design

Federal Pacific Panels are a thing of the past now. Their designs don’t match with the panels used these days. Experts have identified several flaws in the design that include:

3. There Are Manufacturing Defects

The Consumer Product Safety Commission tested the Federal Pacific Panels rigorously using the UL 289 test conditions and they reported that they are not suitable for homes. They believe that the quality of materials used to make the breakers is poor. This causes the breakers to remain stagnant and not trip making the panel vulnerable to catching fire.

They have also declared that there are at least five design and manufacturing issues with the old Federal Pacific Panels that are not allowed according to the current safety codes. The wire bending space, the gutter space, the split bus service equipment, breakers that won’t go off when down, and the spring-mounted breakers. This indicates that your panel is practically useless if you were to sell it now. It may have had a UL listing at the time of its manufacture, but that doesn’t validate its use in today’s generation because of the updated safety codes.

Many users don’t consider changing their Federal Pacific Panels until there is an emergency. But you will notice symptoms of bigger dangers coming when you see melted switches on the panel. It means there was an overload, and the breaker didn’t go off to prevent the overload from affecting the switches. Another common symptom is the outlets give electrical shocks when you try to add or remove a set of plugs. You will often notice that the lights in your home flicker and sometimes there are frequent burnt-out bulbs. These are telltale signs that your Federal Pacific Panels are malfunctioning, and you need to replace them as soon as possible.

Your primary reason to replace the Federal Pacific Panels in your home is to get into the books of the insurance company again. The insurance companies in Florida will not entertain any mishap caused by these panels. They have taken a strict decision so that homeowners can start replacing these outdated units. You can claim for the insurance only if you have panels that match the updated security codes and not otherwise.

Also, you can save thousands in the long-run if you replace the Federal Pacific Panels. The updated wiring can reduce electrical costs because they are more energy-efficient. These units are manufactured using a unique technique that prevents voltage fluctuation in your house. And, most importantly, you can keep your house safe. The new panels add an extra layer of security to your home instead of making it vulnerable to the dangers of short circuits.

So, it is high time you take the safety of the house seriously and replace the Federal Pacific Panels because your family should be your priority; not some antique electrical panels that can only bring danger to the house.

Previous Article
Next Post
Recent Posts
Categories
Back to the top